‘That man over there is a snake charmer; we must do our very best not to pay him any attention’. I looked him right in the eye; right over my glasses I peered and being unable to avoid yet another vagrant holy cow, my guide, and I took an awkward step back. Smiling, he warned me of the high demands these cows and charmers make of a man if shown even the slightest interest. Channelling all my very best colonialist instincts – the thought of being pursued didn’t appeal much, so I lowered my gaze, and like a good tourist I continued to nod and smile at the guide. ‘Delhi is the world’s second largest urban environment’ he said. ‘It is, in fact, an amalgamation of seven previous cities, the first dating from around 1200 BC, and the most recent completed in 1931’. India is the kind of place where you become curious about things like snakes and population demographics. Delirious in the heat, my curiosity had already contributed to the alarming number of children banging the windows of the car for money. Enthusiasms aside, I had to stop looking. I had to pay more attention, and I had to buy a hat.

Cap in hand, and in the 42º heat, we drove through the Great Indian Desert, also known as Rajasthan’s Thar Desert. It is a vast, arid region in the northwestern part of the Indian subcontinent that forms a natural boundary between India and Pakistan. It is the world’s 17th largest desert and the world’s 9th largest subtropical desert. A few hours in, we come across a mobile disco. Brightly coloured, with an impressive PA system, the retrofitted van drew a small, but enthusiastic crowd of devotees. It was here, in this populated desert region, that I was lucky enough to meet several Hindu priests and holy men, known as Sādhus. In Hinduism, a sādhu is a religious ascetic. It means one who practices a ″sadhana″ or he who follows a spiritual path. The sādhu is wholly committed to the practice of achieving mokṣa (liberation), through meditation and the contemplation of Brahman. Sādhus are known for wearing saffron-coloured clothing, symbolising their sannyāsa (renunciation). One certain temple priest, whom I had the pleasure of spending an afternoon with, told me the saffron colour represents the fire into which they have cast their material possessions. The Sanskrit terms sādhu (“good man”) refers to these renouncers who have chosen to live lives apart from or on the edges of society to focus on their own spiritual practice. Sādhus are considered to be dead unto themselves, and legally dead to the country of India. As a ritual, they may be required to attend their own funeral before following a guru for many years. With the help of different guides and hotel staff as translators, I was able to spend some time chatting to this temple priest by the name of K.B Vyas, who in a past life worked for the Food Corporation of India. He told me about the processes and rituals of becoming a sādhu. A sādhu is initiated by a guru, who bestows upon the initiate a new name, as well as a mantra, (or sacred sound or phrase), which is generally known only to the sādhu and the guru and may be repeated by the initiate as part of meditative practice. At the end of our chat, the Priest passed me a piece of paper with a mantra he had selected for me – ‘There are no necessities, but everywhere possibilities; and man, as a master of the possibilities, is the judge of their use’. 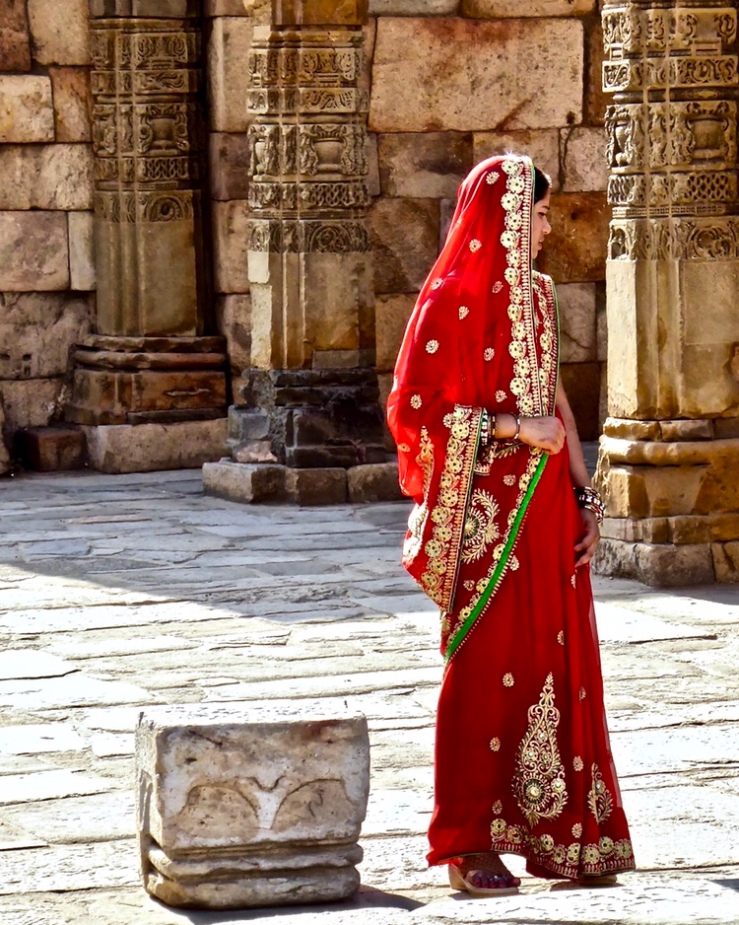 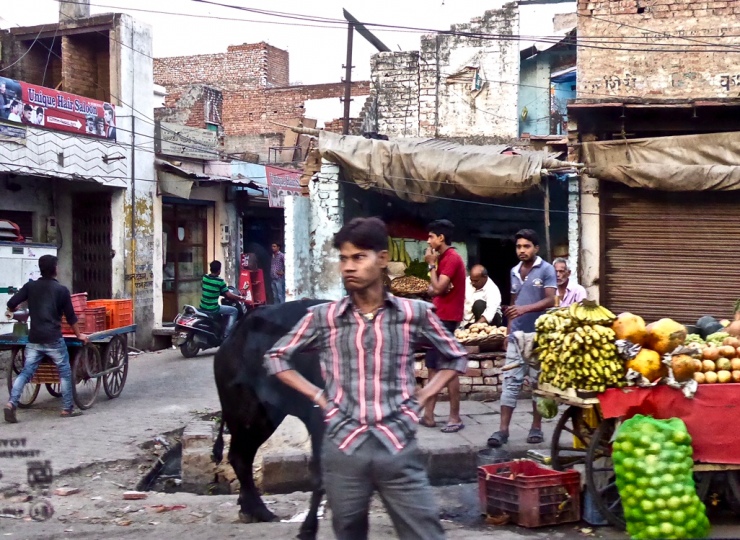 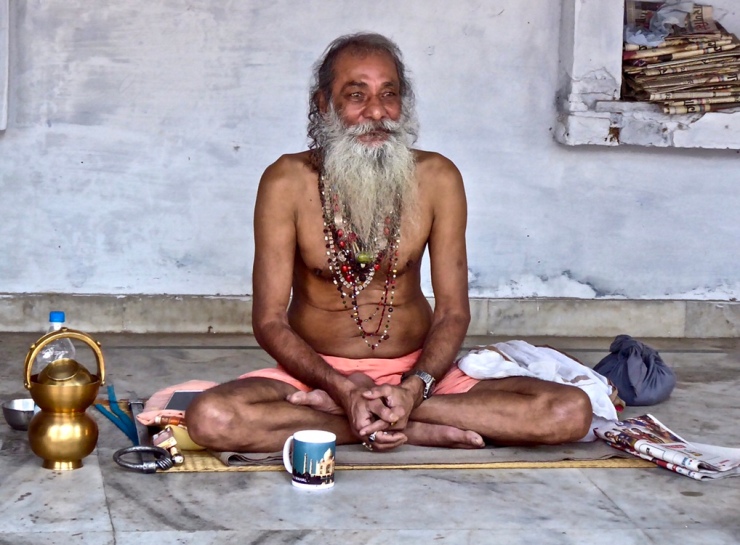 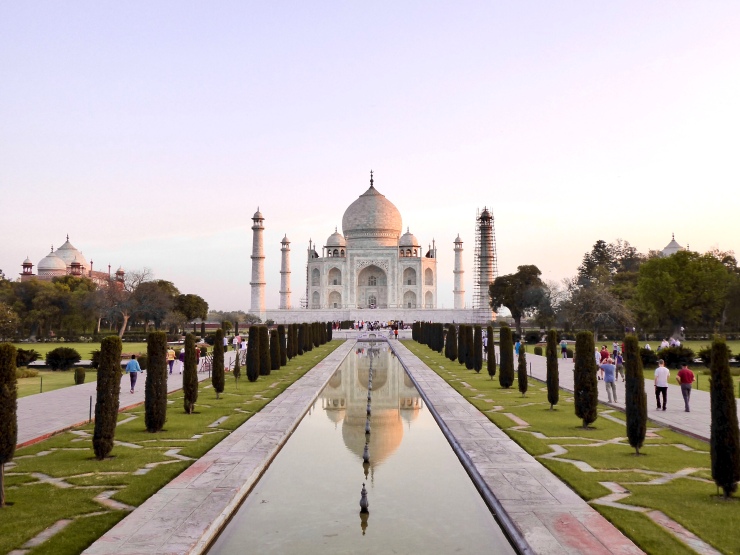 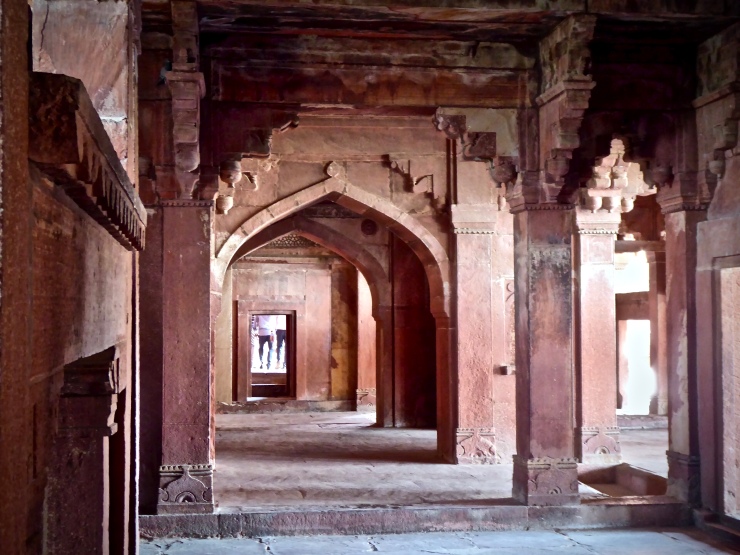 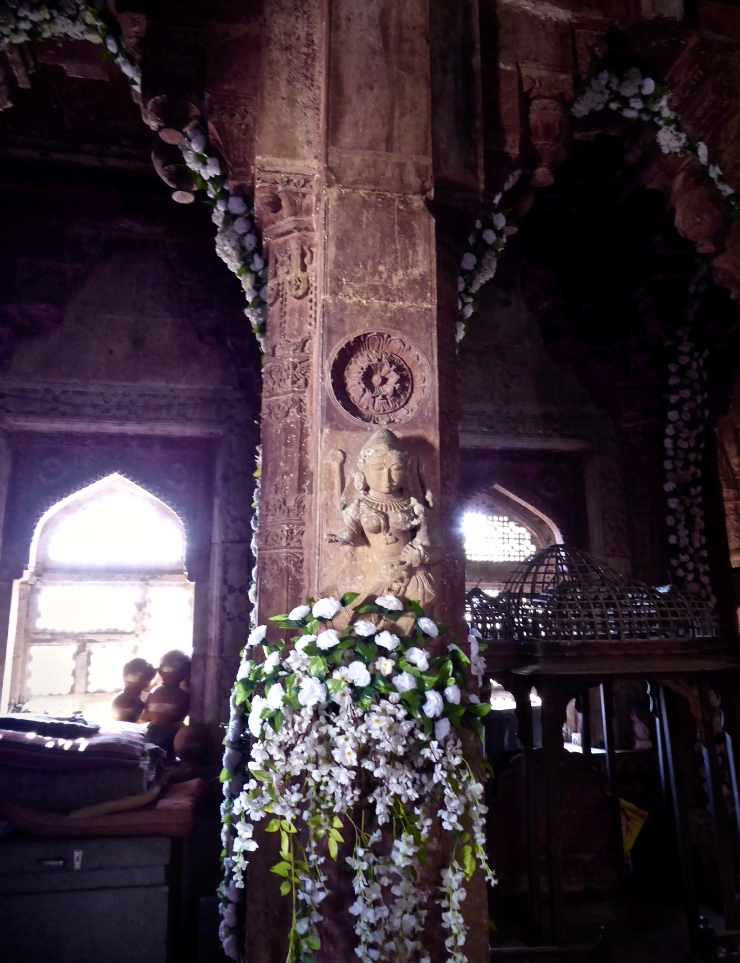 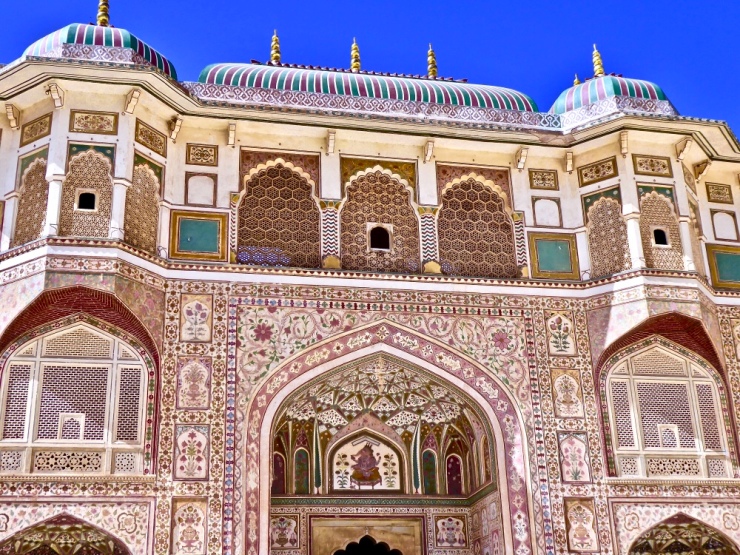 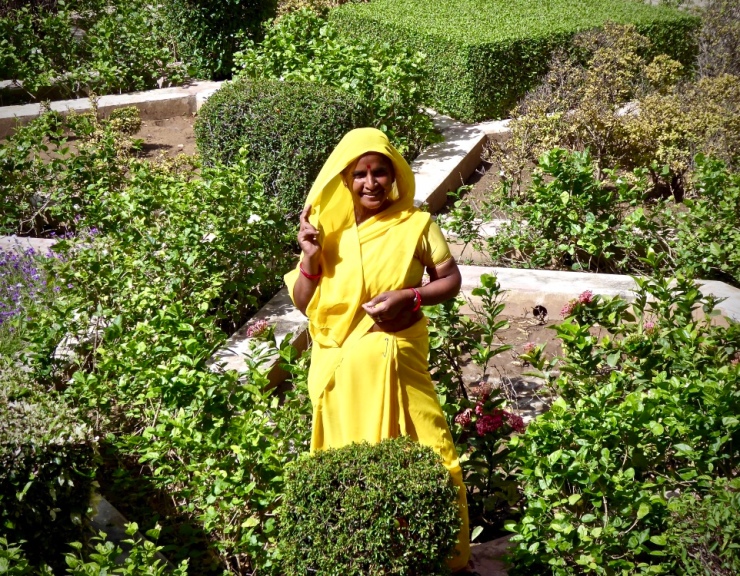 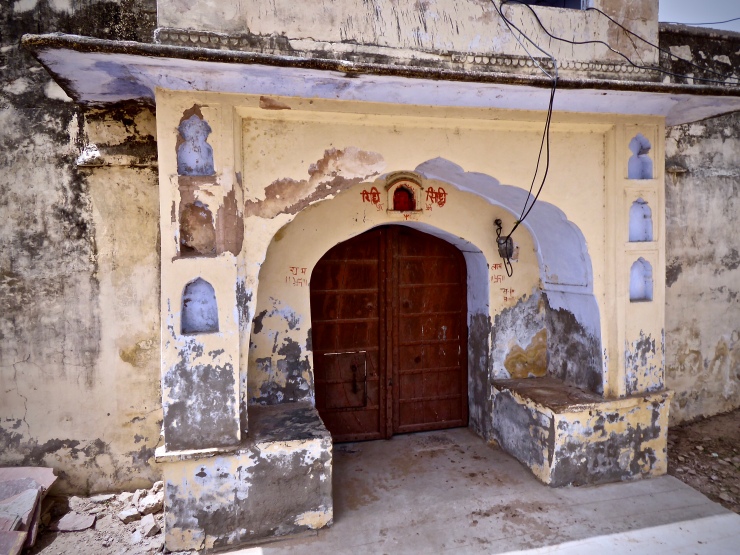 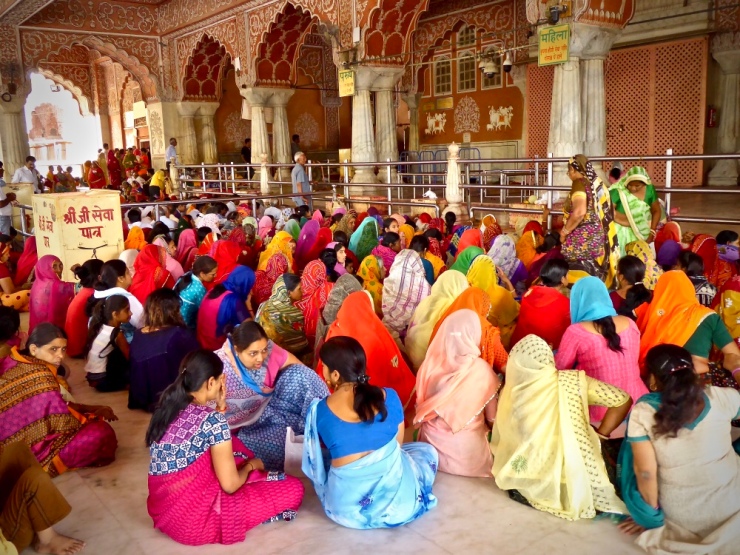 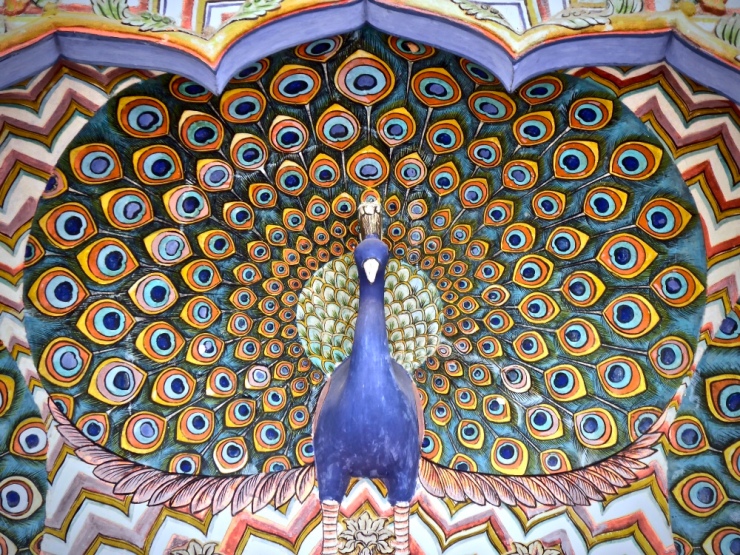 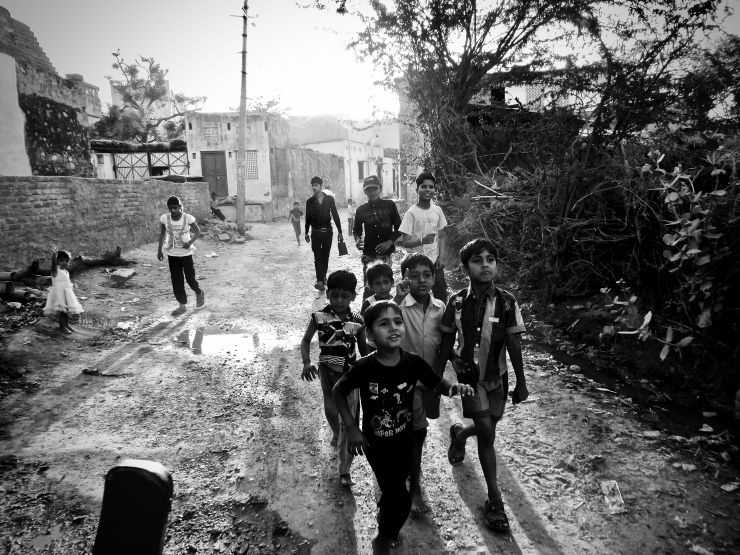 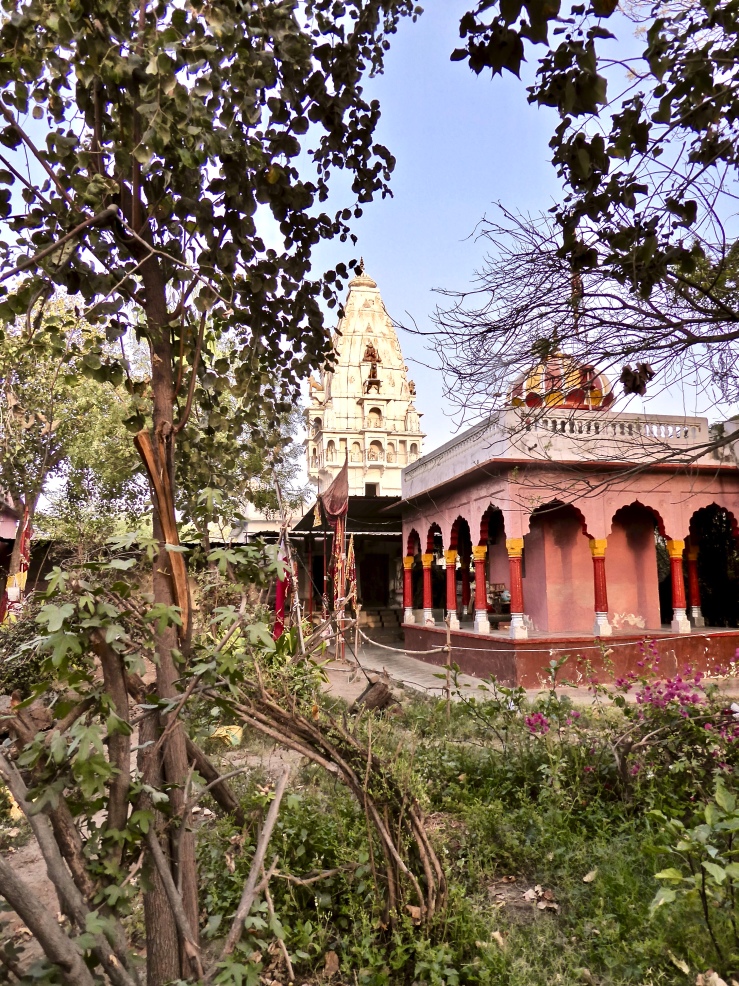 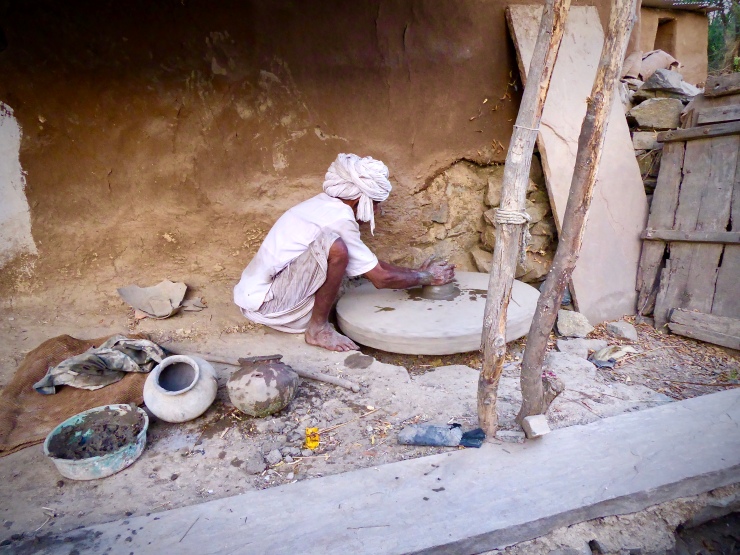 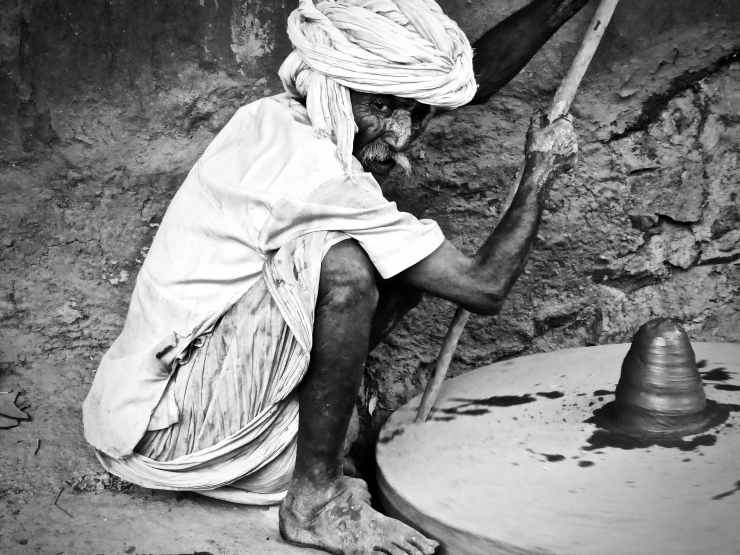 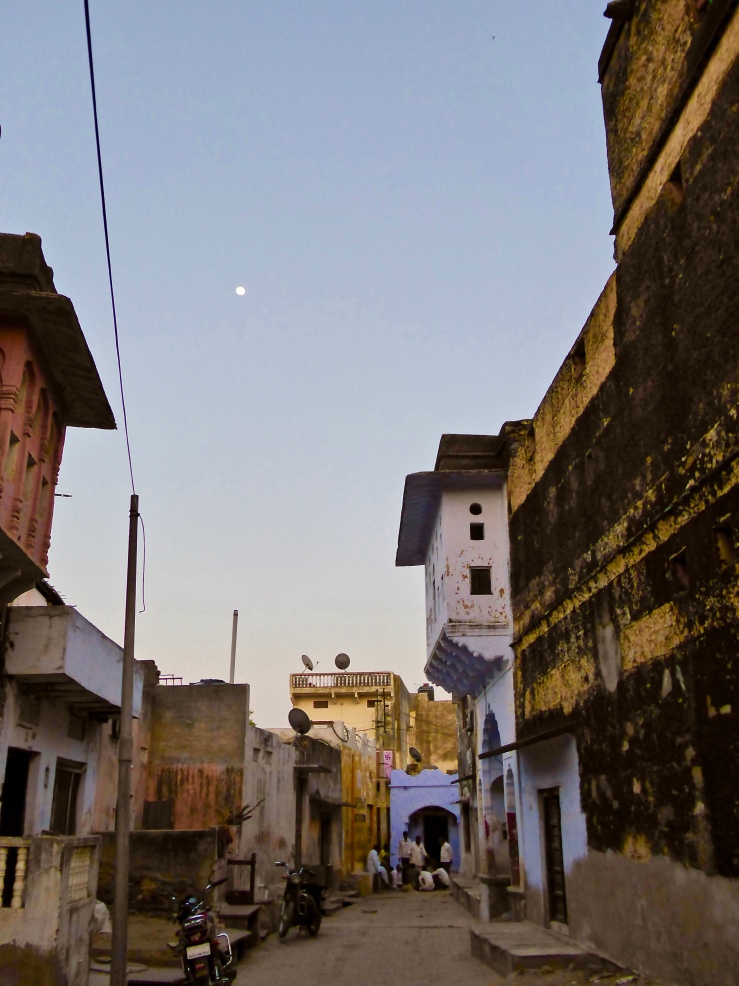 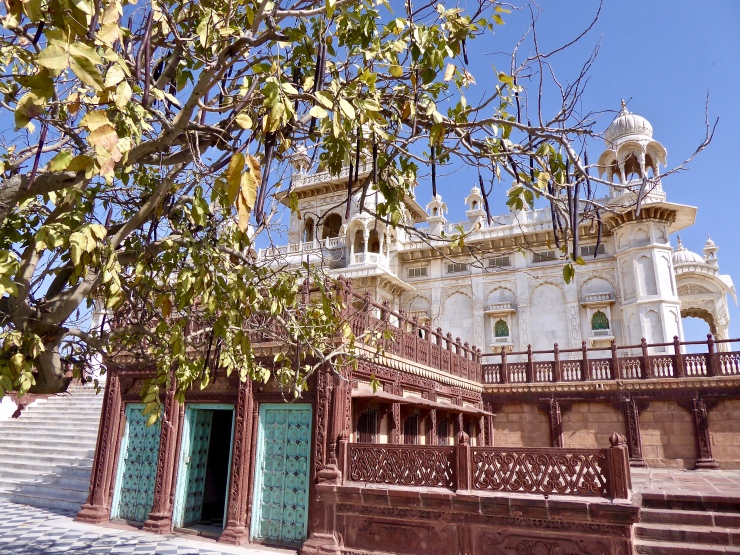 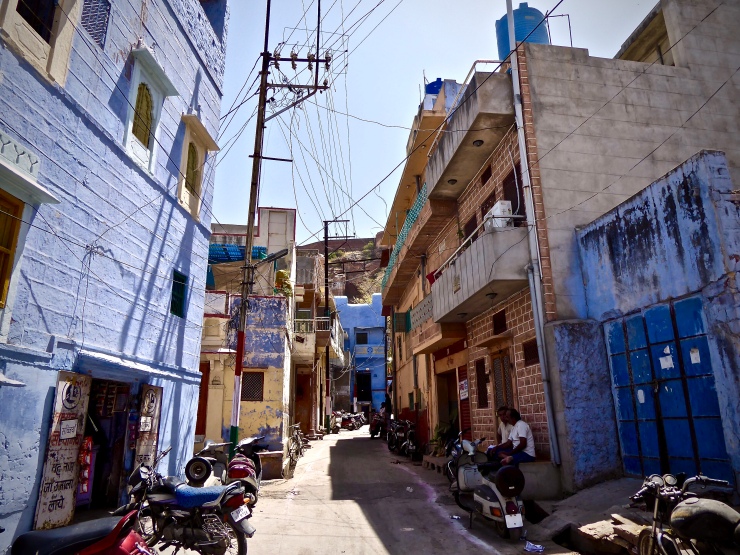 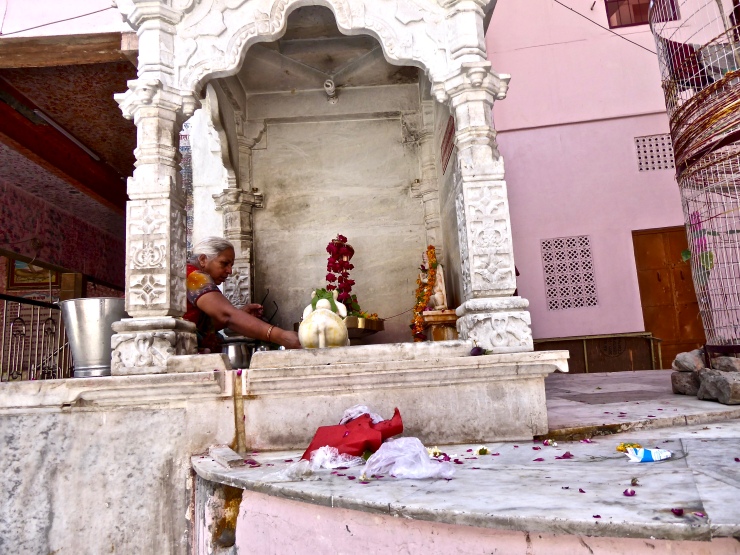 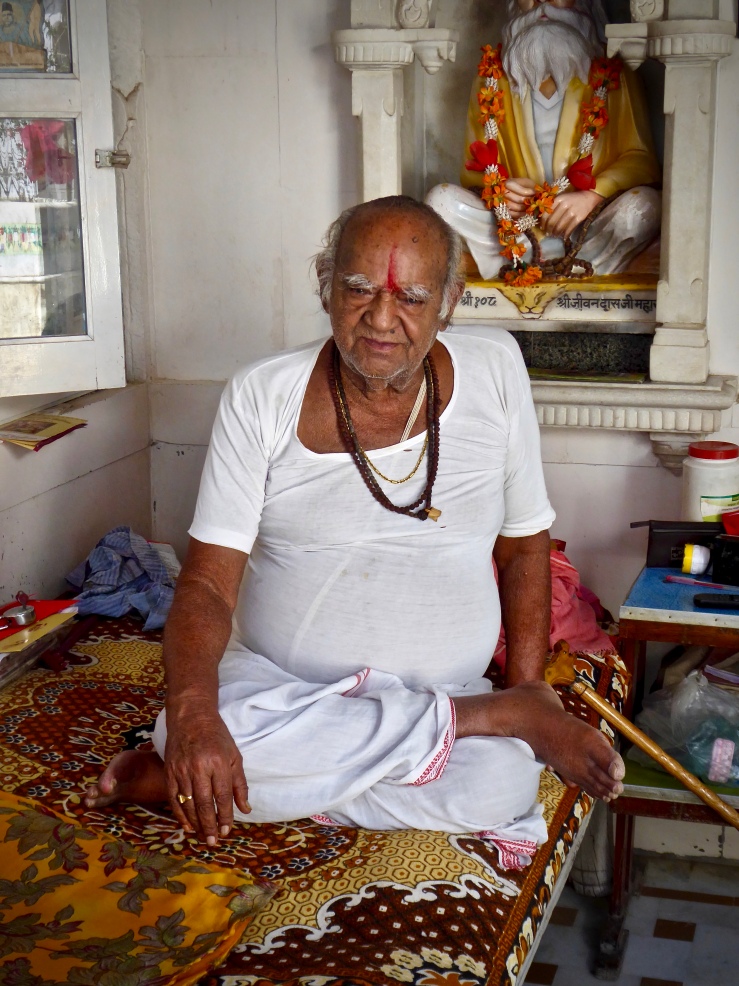 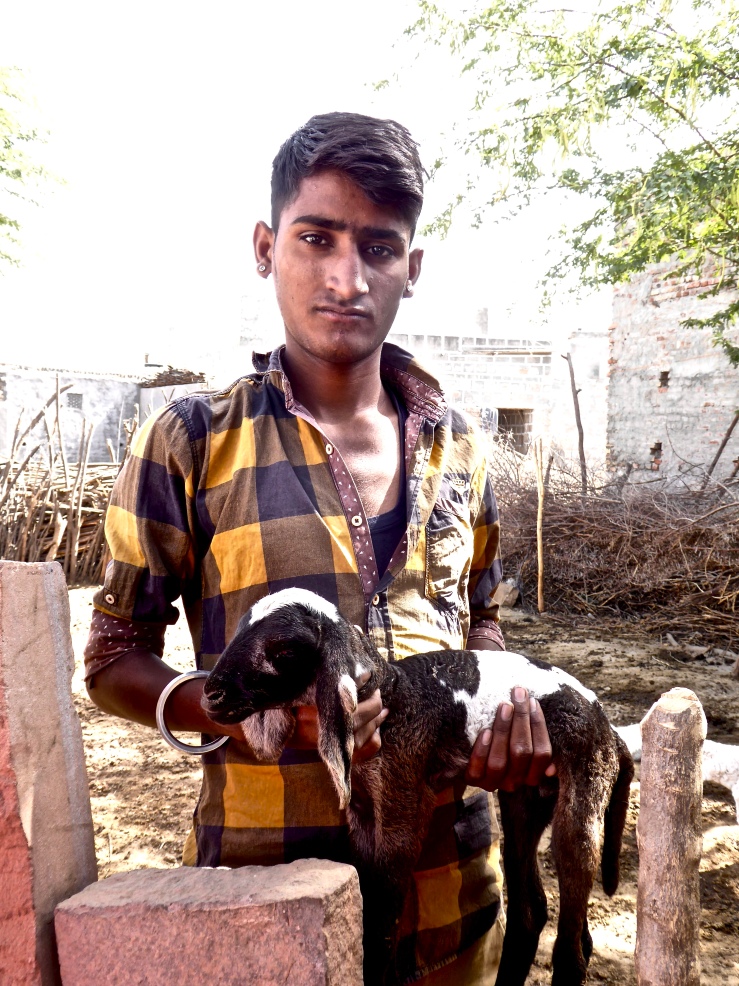 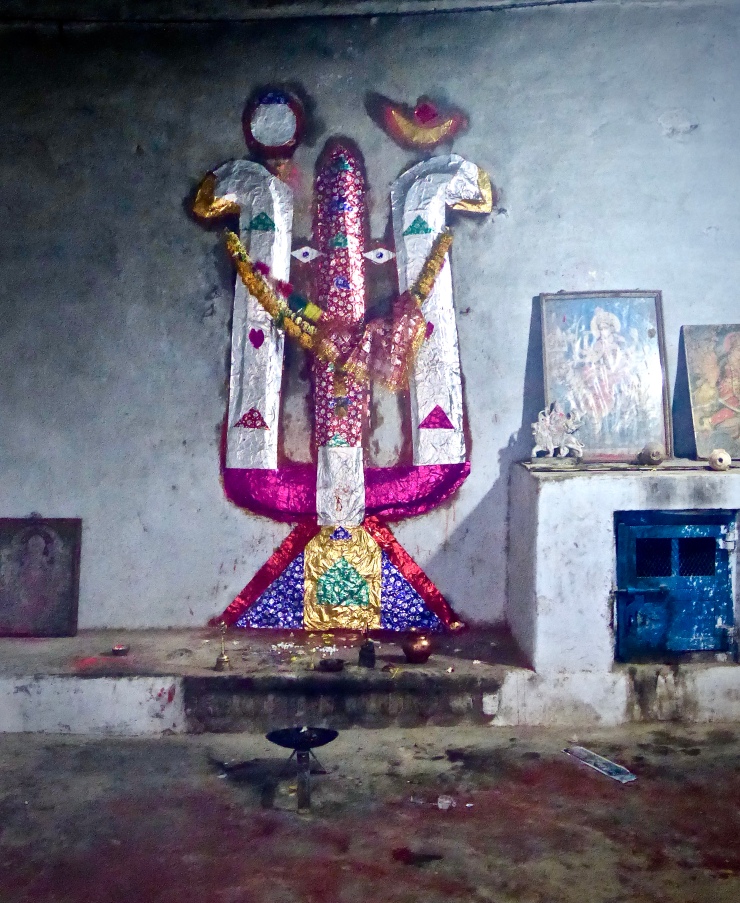 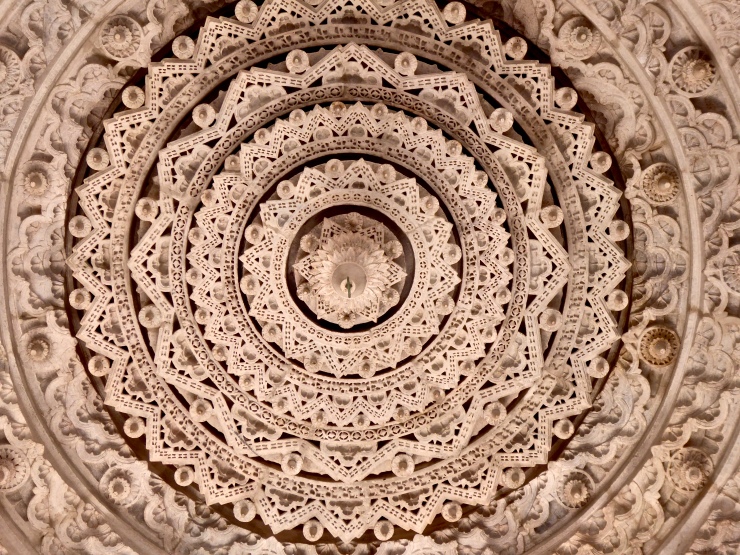 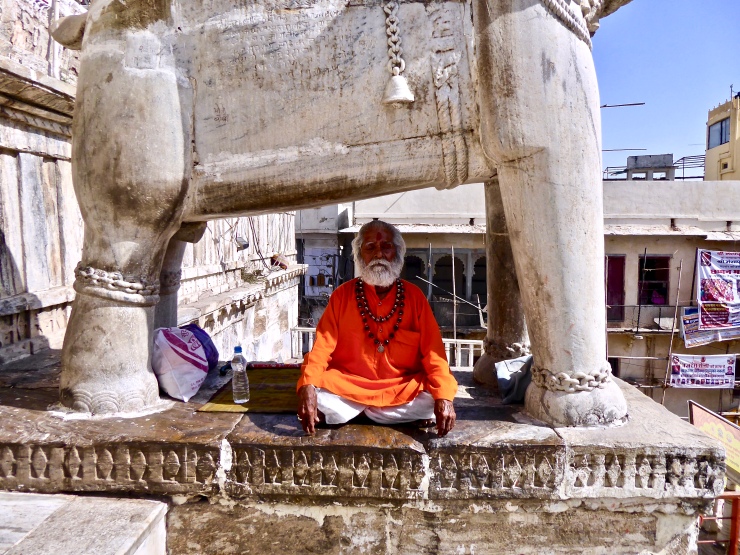 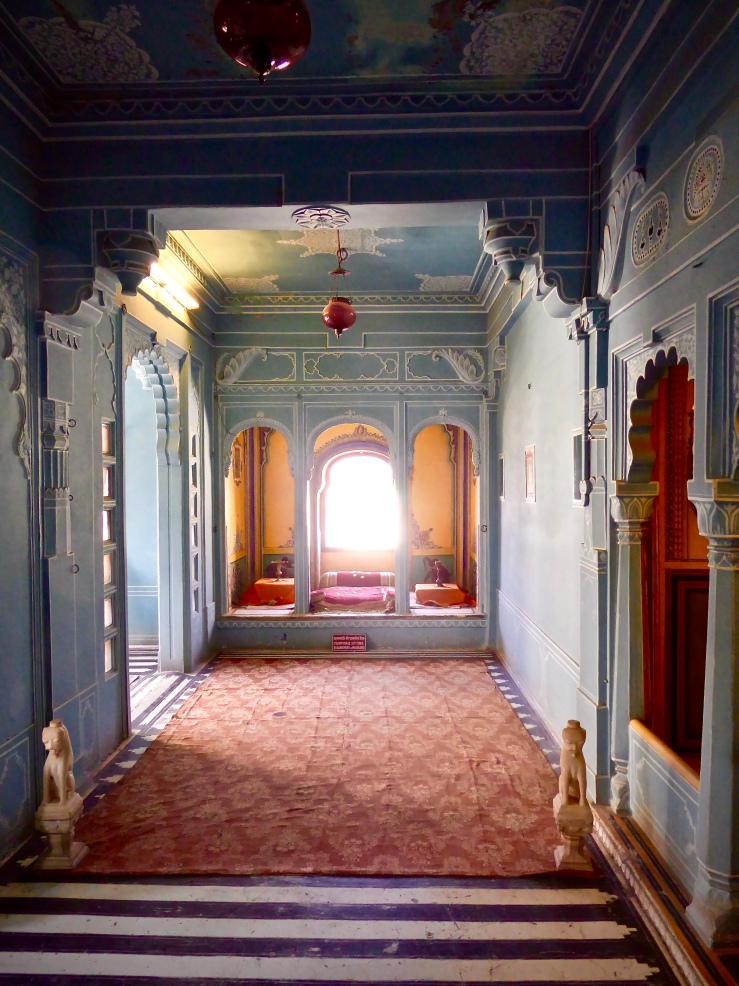